The European Geoparks Network (EGN) was established in 2000; its founding members were four geoparks from: France, Great Britain, Germany, and Spain. The basic target of the Network is to ensure the sustainable development of the territory of geoparks by using the geological heritage of the given territory, in particular by means of the development of geotourism, geological diversity protection and education as well as enforcement of joint interests at both the European and international levels, based on the holistic approach to the protection of natural and cultural heritage of the Earth.

In 2001, EGN signed with the Division of Earth Sciences of UNESCO the agreement of cooperation that resulted later in 2004 in signing the Madonie Declaration and the establishment of the Global Geoparks Network – GGN. The Division of Ecological and Earth Sciences of UNESCO in Paris has become the Secretariat of this Network. Based on these agreements, the rule is applied that any territory included in EGN becomes a member of GGN. 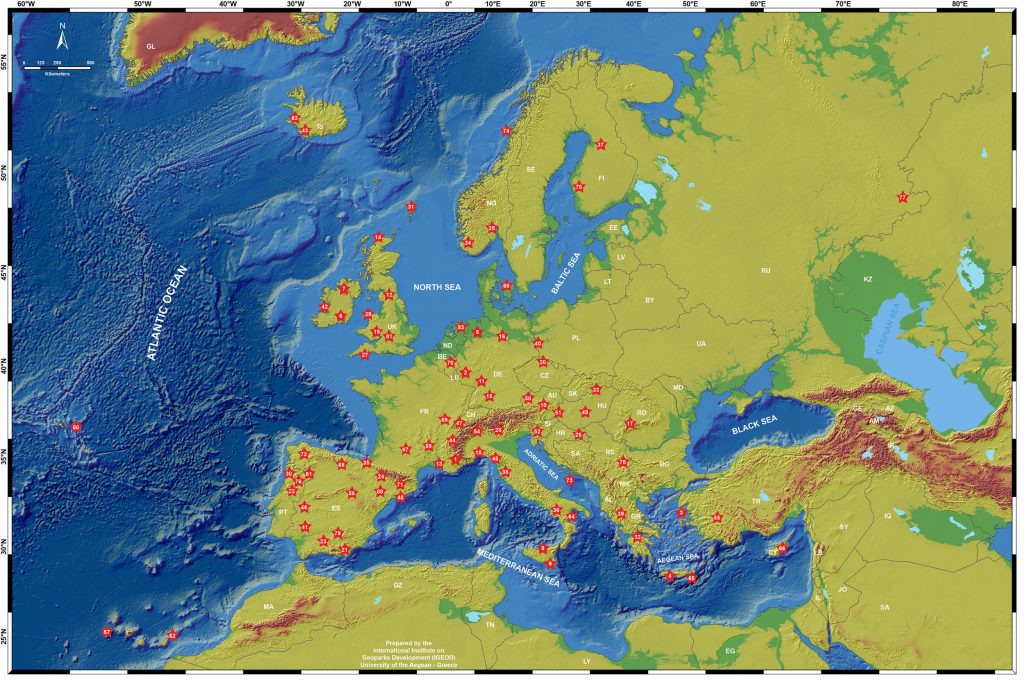